This pizza is a healthy scrumptious addition to my pizza collections. The color contrast between the red base sauce and the green spinach leaves on top create a harmonious combination and create such an amazing experience that you will feel like you are walking the lanes of some small, beautiful town in the countryside.

Spinach is recognized as one of the most healthy greens and it is highly recommended as it contains various antioxidants and is iron rich. For my family though, spinach is not a favorable vegetable as we don’t like the taste much. Now this factor makes it really tough for me to incorporate these in our usual dishes and enjoy its health benefits. With that constraint, comes the creative thinking !

This time, i am creating a spinach topping for a pizza ! Yum right? With the delicious smooth tomato base sauce and a nice healthy sprinkle of feta and cheddar, this pizza is awesome… and when u change the base from a pizza dough to a Naan, the combination becomes Oh so Delicious !! 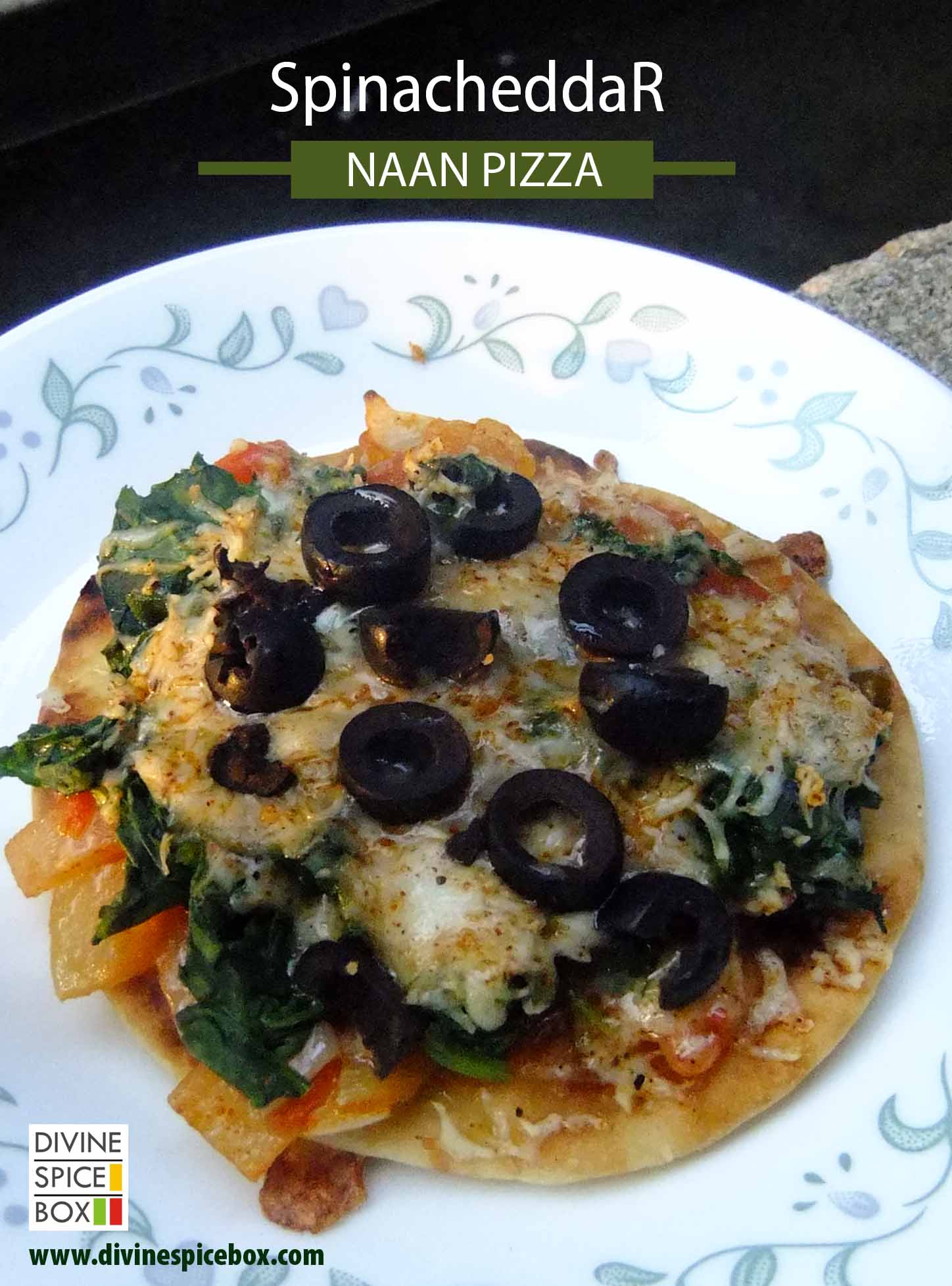 This Naan Pizza has 3 components : Naan Base, Base Sauce and Toppings

We would start with preparing the Naan Base.

Now we would preparing the Base Sauce.

This Pizza came out exactly as i had assumed : Healthy, delicious and enchanting. The naan pizza takes only a couple of minutes to whip up if you have the naans already in stock. We enjoyed our Spinacheddar naan pizza with some home made tzatziki (recipe here) and Sichaun Sauce and it was just perfect ! Spinach not only added a beautiful color to the pizza but gave a nutritious spin to the usual greasy, cheesy pizza which made this a very attractive dish for my family. Now i usually keep a good stock of naans and base sauce in my refrigerator pantry and whip these up whenever i get my hands on some really fresh, locally grown spinach. You can also use my hummus as base sauce and make a completely different and greek version.

If you like unusual pizza toppings like me, try another of my creation with hash browns here :