I have been having an itch to cook Tex-Mex food meals throughout this week. When that happens, i know it is going to be burritos, nacho, salsas, guacamole.. the works. I did some preps over the weekend and now my refrigerator is stocked with my favorite fixants. For the start of the merriment, i am bringing all these flavors in a comforting meal, my Chipotle style Mexican Veggie Bowl.

I love eating at Chipotle’s and there was almost a phase when we would crave some chipotle’s burritos every other week. Now, Chipotle’s burritos are huge !! I am never able to finish one by myself and almost half of it comes back home with me as leftovers for the next meal. So, i started ordering the burrito bowl instead and it was awesome !

This week, me and the husband decided to go on Mexican meals and in lieu of that, i prepared my pantry of various sauces, tortillas and cheese. When i thought of my first Mexican food fiesta, a comfy Mexican Veggie bowl came to mind. I have kept the flavours very similar to those found at Chipotle’s and have cut a little back on the quantities of Guacamole, Cheese and Sour Cream. Have a look ! 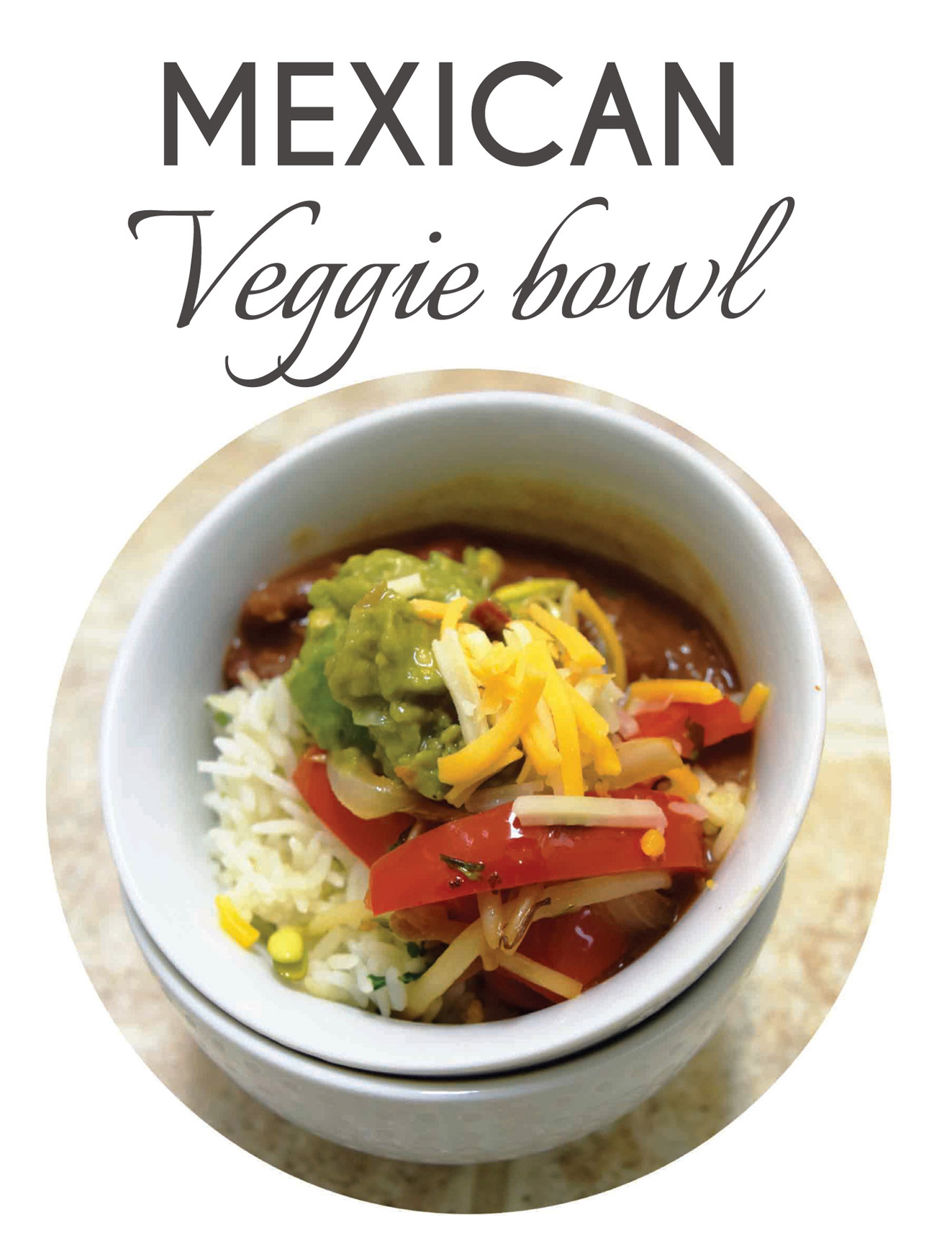 Take a bowl. Start with the base layer of Lime cilantro rice. Add in the vegetarian chili on top of rice followed by Fajita vegetables, guacamole, salsa, sour cream and finally cheese. You can also top it with some chopped fresh cilantro. Serve immediately.

This bowl is jut so much fun. Everything in a comforting bowl is my idea of a cozy meal. One tip for this meal would be to make a few things in advance and then it comes together pretty quickly. The beans and salsa can be prepared well in advance and they last 3-4 days under refrigeration. Enjoy !!