As Unusual as it sounds, this recipe has 2 elements combined to create a simple yet creative pizza. An interest twist to the usual topping, this pizza is crispy on the base and on the top !To me, its a clever combination and is truly lip smacking!

I love Hash browns !! These crispy little treats make for a wonderful snack and a side dish for those burgers and sandwiches. In many countries, it is consumed as breakfast along with eggs and is considered a component for an English Breakfast.

Hash Brown resembles AalooTikki (the Indian counter part) in some ways. Both of these dishes use potato as the main ingredient and are baked/fried. Though Indian version tends to be spicy, a typical hash brown uses minimum spices and has a prominent taste of potatoes.

My first encounter with Hash Brown happened during one of my continental breakfast at some hotel in India. I was not really aware of the name of this dish back then but had liked the simple taste. Later i found out its recipe and realized that it was really simple and quick to make.

I happen to try making a batch of Hash browns the same day I intended to bake a pizza for my lunch. The result was a beautiful combination of the same 🙂 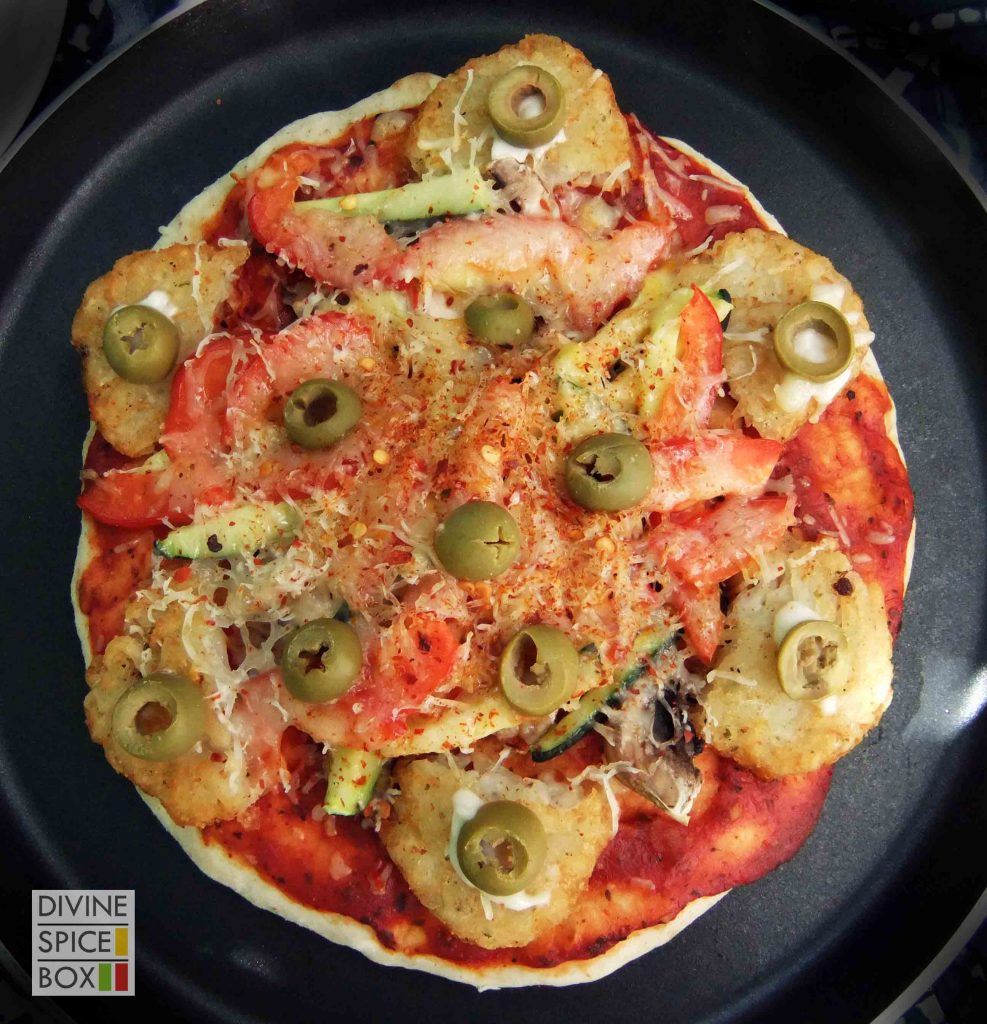 Usually when we go out to eat a pizza, I always leave the outer crust as it does not have any topping on it. Hash brown is a delightful introduction & surprise to this pizza.

Starting from the center, I crave to get to the outer edge of this pizza to savor on the hash brown. The pizza looks very delicious and elegant too !! 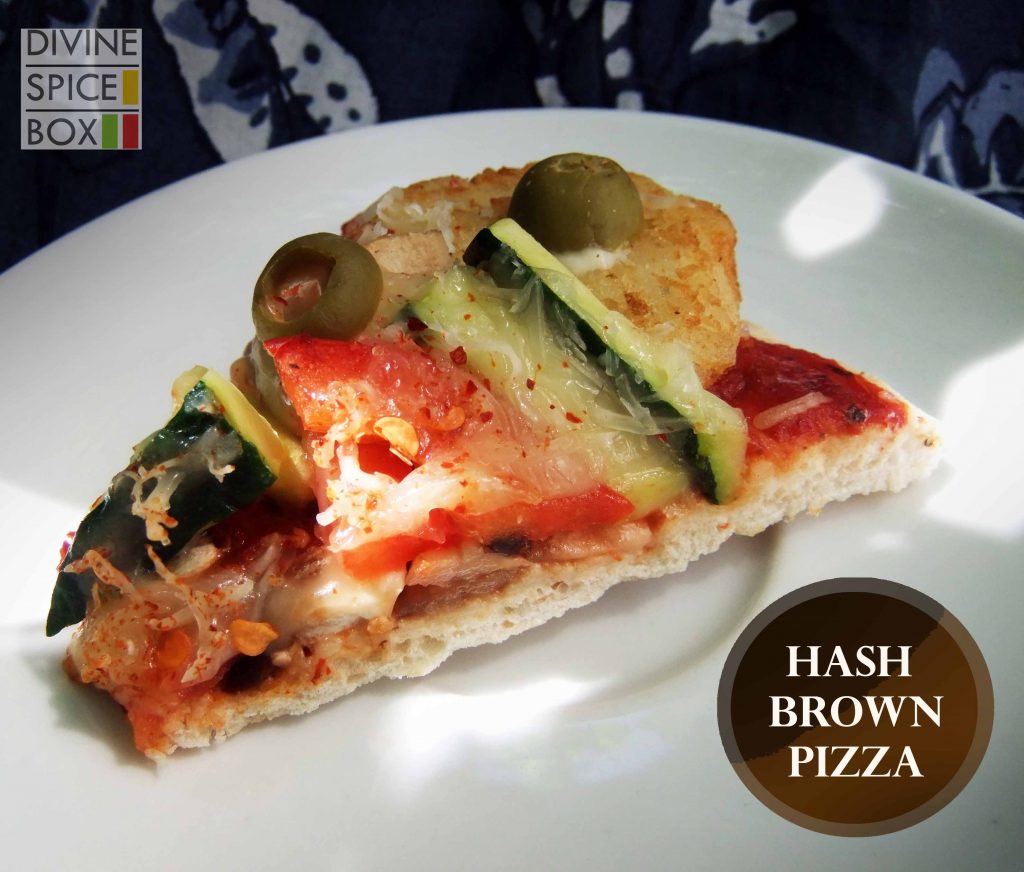 * For the pizza Base dough, follow the same recipe as that used to make Bread. You can find the recipe for making the bread on my blog here.

For Pizza Topping Though the topping is entirely your choice and can have in-numerous combinations, i have suggested a topping i used for my pizza. Any fresh vegetables used for toppings works well 🙂

As a pre-preparation, it is recommended that you make the hash browns first.

You can also add in a zing to these hash browns by adding paprika and oregano for making your pizza spicy.

Enjoy this awesome pizza with the classic tomato ketchup or try the PB yoghurt dip (tastes just like mayo dip). Make some pizza today because home made pizza is so much better 🙂