With baking high on my head these days, I am back to churning out my own breads and trying out some new recipes. I have been looking at ways to create healthy alternatives to my breakfast staple. Today, a traditional sweet breakfast item gets a sugar free touch ! Presenting Family Style Cinnamon Chai Roll.

I have loved Cinnamon rolls for as long as I can recollect. There is something so comforting about them. I absolutely love the aroma and flavour of cinnamon and if I can get my cinnamon sugar rush right in the morning, my day is made ! Even though I feel that cinnamon rolls have way too much sugar for me to handle sometimes, I often end up picking them from our nearby bakery. With my baking mitten on these days, I decided to try baking my own cinnamon rolls at home and I had the perfect idea !!

We are a bunch of Chai tea people at my place and we love cinnamon rolls with a hot cup of Masala Chai (with Tea Spice Mix). With that flavour combination pairing well for us, I really wanted to try a Chai Spiced Cinnamon roll. Since I like low sugar bakery items better, I wanted to create my version of Cinnamon rolls with far less sugar and a prominent taste of cinnamon and spices. For this recipe, I decided to use Joseph’s Maltitol Sweetener. Read about Maltitol here.

This is the first time i was making Cinnamon rolls and was pretty excited but felt it was challenging too. Usually when i am baking something new, i try to stick to the conventional recipe but this time, i wanted to take my chance. I am glad i did ! For making it more fun, i thought of making a giant cinnamon roll instead of individual portions so that the whole family can enjoy it together ! Have a look at the recipe. 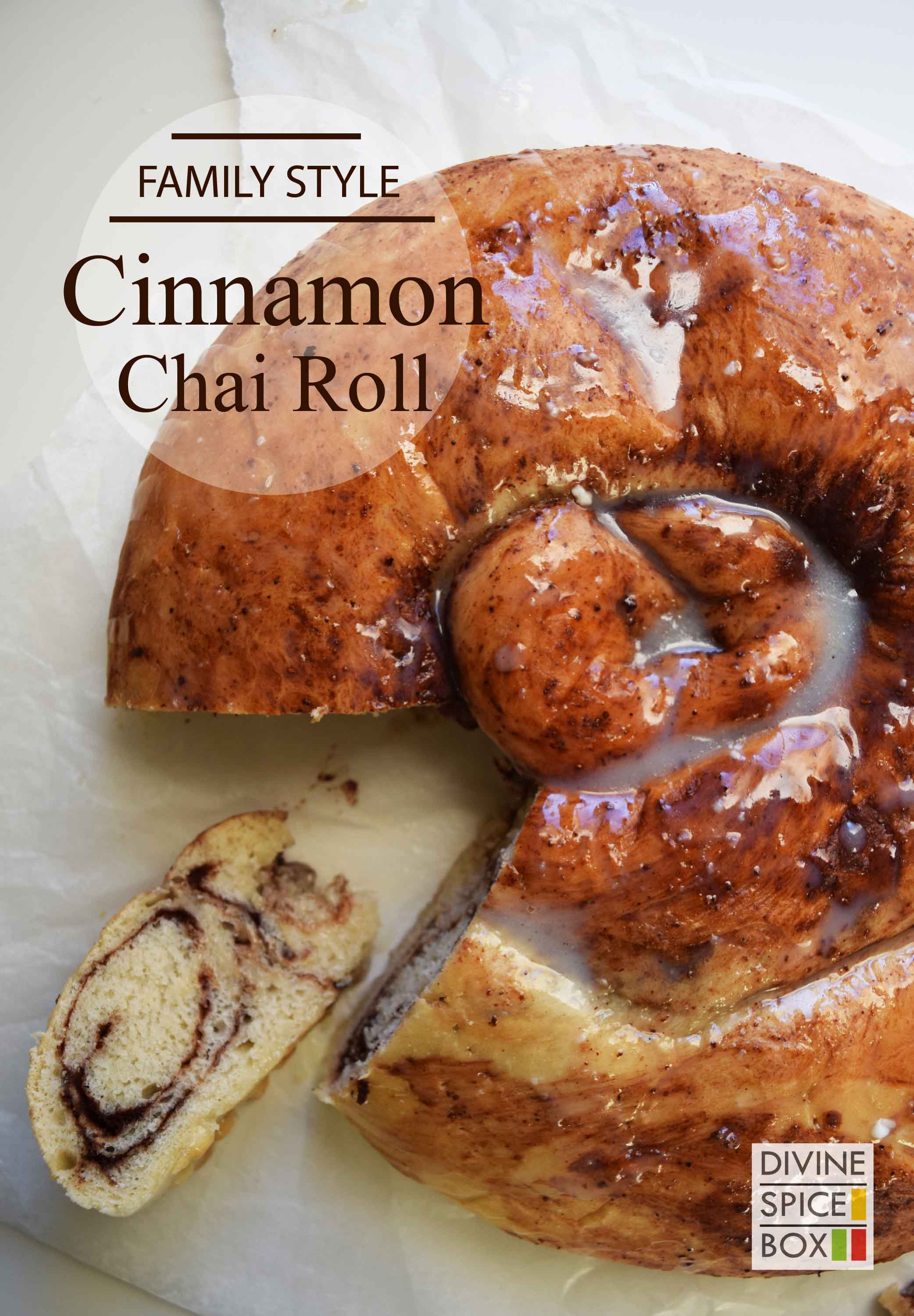 This Cinnamon Chai Roll is made using Joseph’s Maltitol Sweetener. You might have to tweak the proportions a bit if you are using some other sweetener.

Cinnamon filling (Unlike the usual filling which uses sugar and is somewhat dry, this filling would be more like a paste)

We will begin with preparing the dough for the Cinnamon Chai rolls. I have used my Stand mixer for the recipe but you can knead the dough in a food processor or by hands too.

This recipe uses no sugar at all ! This one giant Cinnamon Chai roll serves 6-8 people and used only 1/3 rd cup of Maltitol syrup. Now, thats promising. The syrup was pretty easy to work this and did not interfere with the look or taste of the cinnamon roll. The only little change was that the filling was more like a paste which needed some care while rolling but it was worth it. The taste was almost like the typical Cinnamon rolls minus all the crazy sugar. It is comforting, delicious and can be enjoyed guilt free.

I would like to thank Joseph’s Lite Cookies for contacting me and sending their samples for a taste test. I would recommend for you all to give this product a go ! I am now excited to try their maple flavoured syrup and create a recipe with that !! People do check out their website, facebook and twitter page to learn more about Joseph cookies. Read my review about their products here.

Disclaimer : This recipe has been prepared using food sample sent by Joseph’s Lite Cookies. This is not an advertisement and Joseph’s Lite Cookies had no editorial input in this post. The above post states my opinion and views as an individual about the above products. I am not a nutritionist or dietitian. Please use your own discretion before consuming the above products. If you are a diabetic patient, please consult your doctor to check if the ingredients found in these products comply with your dietary specifications and select portions as advised.